Home » Decoding the Language of the Universe Through Cymatics

When I was undertaking the research for my articles, Cymatics – Sacred Geometry – DNA and Perception is Reality, I found information on cymatics. Another article, one for a sister site – Beyond 2012 HQ, on Crop Circles and 2012, also referred to cymatic images. This article attracted the attention of John Stuart Reid from Cymascope.com. He left a number of comments there and a couple elsewhere. I have been corresponding with John and have agreed to review his site here on Timberwolf HQ.

A quote from the Cymascope site the I feel sums up the ideas that drive the site is:

“Vibration underpins all matter in the universe. No matter can exist without sound and vibration.”1

Cymascope.com is a site which features a landing page which identifies the various information and products available to visitors to the site. On this page you then have a choice of directing your attention to either Cymatic Research or the Cymatic Store. I followed the link to the research portion of the site first and found an amazing amount of information that demonstrates the wide reach of cymatics. There are links to: 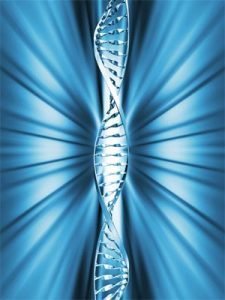 I spent some time working my way through the fascinating collection of information John and his research associates have compiled on the site. The data is presented in easily understandable language that even a person with no scientific training is able to read, absorb and understand. Areas of intrigue for me were located under the topics of Astrophysics, Biology, Physics and Sound Healing. One fascinating aspect of this research is the emerging ability to decipher the language of dolphins found in the oceanography section. As a Spiritual Warrior and Seeker of the Way, these topics hold information that I find support my own ideas with activating redundant DNA and healing.

To demonstrate what I mean I have included an excerpt from the Biology section of Cymascope.com:

Around 4.5 billion years ago sounds louder than we can imagine were at work shaping the earth. Immense sound ‘storms’ reverberated within the earth’s molten iron core and mantle, pushing up the early landmasses, creating mountains and valleys. Then, around 3 billion years ago, following the formation of the oceans, the first primitive life forms are believed to have evolved in the watery depths.

The structuring and organizing force that triggered life has eluded theorists. Competing theories abound and many scientists have come to believe that the fierce lightning storms ripping through the early atmosphere were the magic ingredient that literally ‘sparked life’. There is a classical experiment that suggests validity to this theory. A glass jar was filled with a cocktail of elements then sealed. For several weeks the concoction was irradiated with sparks. The sparks changed the character of the chemicals and created primitive forms of amino acids, the building blocks of life.

Neat as this theory sounds it fails to explain how the helical nature of DNA evolved or how the building blocks of life were assembled. What force was at work to cause the building blocks to coalesce, and begin to create form from formlessness? What forces built DNA in a twin spiral form?

We believe, just as the ancient seers prophesied, that the creative force was the most obvious and potent of all: sound. When sound interacts with matter cymatic forces organise the matter into microscopic and macroscopic structures.

Of the several competing theories most envisage the first life arising in the harsh environment around hydrothermal vents. These are ocean-floor vents where hot gases, escaping from the core of the earth, come into contact with the water. So let use this foundation to show how sound and cymatic forces could have triggered life.2

I could go on and reference more quotes and provide more information on the site, however, that would diminish the joy of discovery for you, my readers. Suffice to say that for anyone interested in how cymatics is able to revolutionise your thinking then Cymascope.com is well worth a visit. In addition, there is a shop attached to the site which provides visitors with the opportunity to purchase items in which they participate in creating.3  There is also a link page which provides further references to other researchers and resources on cymatics.

Please take the time to visit John’s site and when you have done so, come back here to leave a comment letting me know what you think of the information presented there.

I was visiting the Cymascope.com website and discovered a new area. Its called the Sounds Fun section. There are some interesting videos and even a section on cullinary design. Drop by and have a look.