Home » A Timber wolf with a future 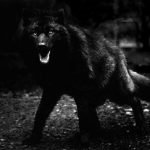 The Internet is a remarkable place. It gives us access to information, people, places, things and knowledge that was previously available only in books at great cost or through personal experience, again usually at great cost. I started a blog site called Timberwolf’s Howl as a free wordpress blog. On that site I posted an article which I reproduced here called Save the Timberwolf. 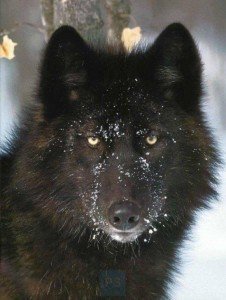 This article attracted the attention of a person who I now count among my friendship circle.He is an amazing fellow who is part native American Indian and has a timber wolf as a companion. The name of that companion is Makoda, which means Full Moon. Makoda is now 2 years old as brother Lonewolf found him abandoned on Christmas Eve 2006.  When Lonewolf found Makoda he was only a few hours old and was alone in the woods and snow.  Brother Lonewolf explained that wolf Parents (both the mother and father) would never abandon their cubs through choice and that apparently, something or someone, had killed Makoda’s parents.

Brother Lonewolf then adopted the young cub and raised him as a companion for himself. Makoda is solid black with the gold eyes and when he stands next to Brother Lonewolf, who is between 6 ft and 6 ft 1, Makoda is even with his waist. Lonewolf describes Makoda as looking like an Over-Sized Black Bear Cub. 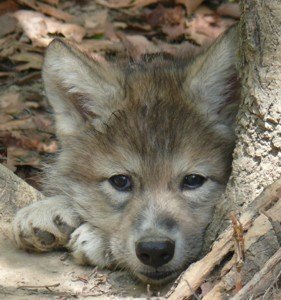 One thing he has said is that Makoda is not only a blessing to nature, he is also a blessing to him. Makoda has brought Lonewolf many valuable lessons as the wolf is a teacher of mankind.

This is just another reason why we should help to preserve and protect the timber wolf.

To all my visitors who appreciate the articles about this noble animal and would like to see this site continue to develop, please leave a donation by using the ‘support the wolf’ button in the right hand column.