It appears that the wolf (Canis lupus), as a species, has been around for something like 60 million years or more. Adaptation to their environment, just like the shark, has been the secret to the longevity of the species. This ability to adapt to their environment has resulted in a number of subspecies. The North American continent has approximately 24 subspecies and 8 on the European-Asian continent.

These subspecies can be distinguished by small, yet identifiable differences resulting from the individual requirements of the region in which the wolf lives. Apart from rain-forests and desert regions, wolves have been found in a range of geographic locations ranging from the arctic to sub-tropical forests. 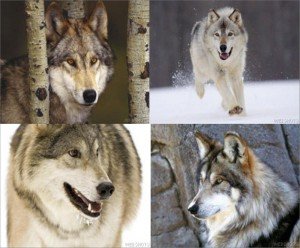 Even with the small variations in the appearance of each sub-species, two main varieties of wolves can be identified. These are the timber and tundra wolf. As could be expected, the timber wolf leaves mainly in forests and their colouring is mainly grey and/or black with pointed ears. The timber wolf’s coat consists of shorter, denser hair with compact foot pads. The tundra wolf has smaller rounded ears, longer coat hair, longer legs and larger feet to enable travel through snow.

The timber wolf is also known as the grey wolf and is the largest member of the wolf family. These once plentiful animals now only live in a small fraction of their previous habitat because of the extensive damage the human advance has caused to its lands. These days some wolves are protected by law and yet in other areas this magnificent animal is hunted for sport or is seen as a threat to domestic animals. 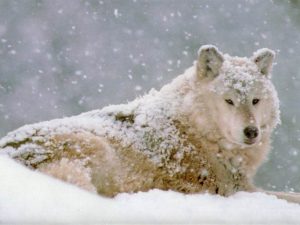 A survivor from the last ice age, the grey wolf has been linked to a common ancestry with the present day domestic dog. DNA studies have established a connection between Canis lupus (wolf) and Canis lupus familiaris (domestic dog). Today’s domestic dog could be considered as a sub-species of the grey wolf although some part of this theory may be questionable. 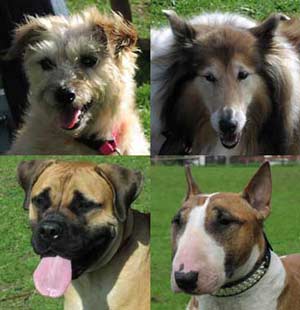 There has been ongoing discussion about the connection between the wolf and the family dog because of the relatively recent evolution of domestic dogs. The fact that wolves and dogs can interbreed adds credibility to the idea that the two species are related. A German study bred wolves and poodles with the resulting cross-breed remaining fertile into the following generations.

I have been approached by an organisation that helps to support wolf conservation. They are called Wolf Stuff and I am partnering with them. By clicking the link you not only support Timberwolf HQ and Wolf conservation, you benefit from 10% off and free shipping each time you place an order for Wolf items using the code: “TWHQ-wolfpack“. Become one with your Wolf Spirit and contribute to Wolf conservation programs to help save these beautiful souls.

When you purchase a Wolf item from Wolf Stuff, I may receive a small affiliate commission which in turn helps me keep Timberwolf HQ online.