The Grey Wolf (Canis lupus) is described as the largest member of the wolf (and for that matter a large member of the Canis lupus familiaris or dog) family. The grey wolf is a large canine. It stands between 65-80cm in height at the shoulder and can measure between 135-195cm from nose to tail.

An adult male can weigh up to 70kg and the average life expectancy in the wild is approximately 8 years without accidents. By accidents, I mean that many wolves are killed each year due to their apparent predatory habits of killing domesticated livestock. Man is the wolf’s number one enemy and their greates ally in their fight to stave off extinction. Once a common site on the North American continent, it is estimated that there are now fewer than 20,000 animals left.

A pack animal, wolves hunt, travel and live in groups. They have strong social ties to their pack and have a distinct territory or range in which they hunt. As I mentioned in an earlier post, wolves communicate through the use of a number of different sounds. These sounds range from growls, whines and howls to barks.

Due to the reduction in their natural habitat by the encroachment of man into the wilderness they once claimed as their own, many wolves can no longer find the moose, caribou and deer that they once hunted and many now die from starvation or are forced to hunt smaller animals and scavenge for food. 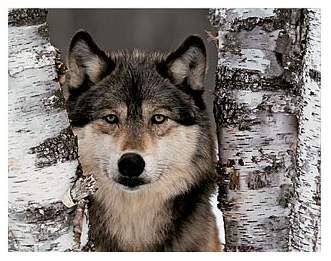 This magnificent animal is listed as endangered due to its low numbers. The US Government, under the Endangered Species Act, has set legislation in place to help avert the extinction of the grey wolf. I am writing these articles, sourced from many different places on the Internet to help raise awareness of the danger the wolf now faces.

I have been approached by an organisation that helps to support wolf conservation. They are called Wolf Stuff and I am partnering with them. By clicking the link you not only support Timberwolf HQ and Wolf conservation, you benefit from 10% off and free shipping each time you place an order for Wolf items using the code: “TWHQ-wolfpack“. Become one with your Wolf Spirit and contribute to Wolf conservation programs to help save these beautiful souls.

When you purchase a Wolf item from Wolf Stuff, I may receive a small affiliate commission which in turn helps me keep Timberwolf HQ online.